The TDT Fiber Photometry platform has been upgraded! Our next-generation RZ10x Fiber Photometry Processors feature new integrated LUX LEDs and Photosensors that plug directly into its front panel. The RZ10x can drive up to six LED light sources and collect fiber photometry data from up to four photosensors simultaneously. This allows for independent control of three-LED imaging from up to two sites or subjects.

The next generation of research tools for calcium imaging and optogenetics

The RZ10 is the best real-time acquisition processor for multi-subject and multi-site fiber photometry recordings. Record multiple demodulated fluorophore responses with TDT’s real-time lock-in amplification to boost the signal-to-noise ratio of your fluorescent signal. The improved signal quality increases the chances of response detection and lowers the number of trials and test subjects required to obtain convincing results. 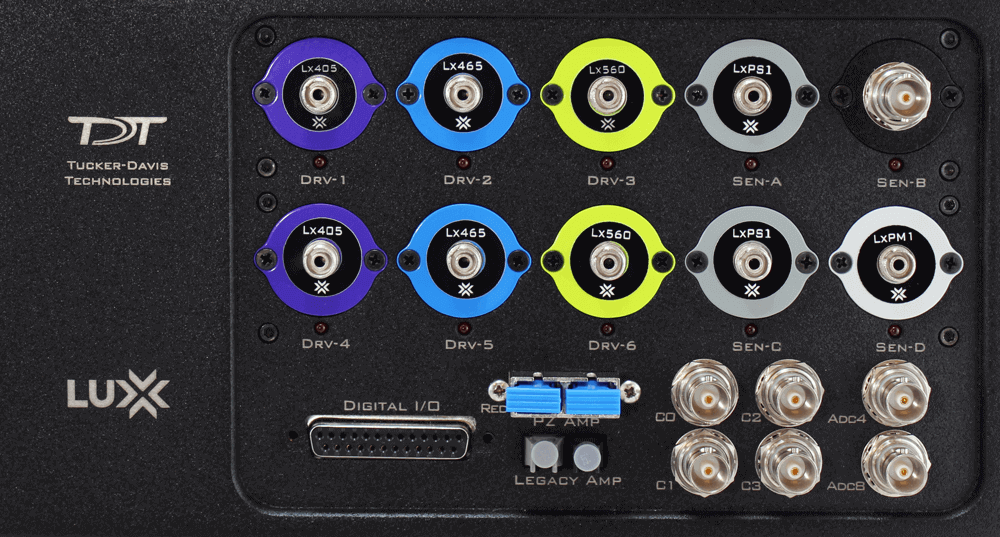 Hassle-free setup for many Fluorescent wavelengths

TDT has every option to meet your fiber photometry and optogenetic experiment needs. Pick and choose which LED wavelengths to integrate into your experiment with the TDT LUX platform or interface with standalone external LED drivers and LEDs. 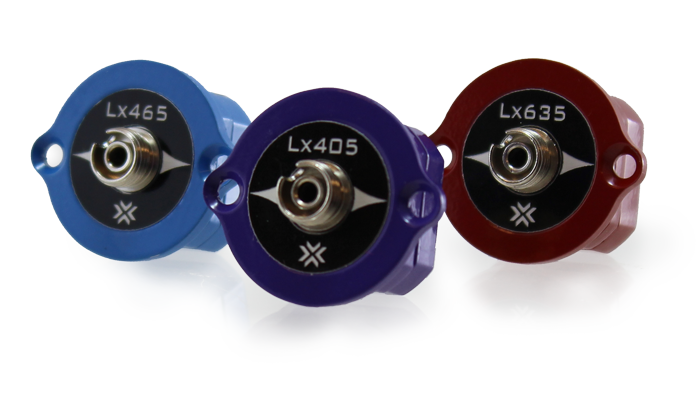 One Device to house it all

Synapse autodetects all optical hardware connections on the RZ10X to ensure each combination of LED wavelengths and fluorescent responses is correctly matched. The RZ10X integrated LED drivers can deliver high-precision current over a wide dynamic range to drive light power at the microwatt level for fiber photometry or the milliwatt level for optogenetics. 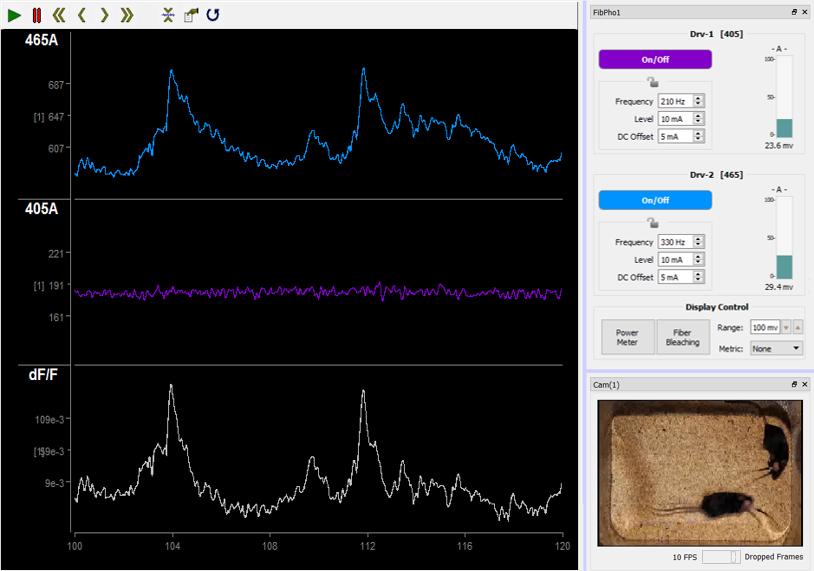 A Single System for all Your Experiments

Electrophysiology can make an excellent complement to fiber photometry for the study of neural circuit mechanisms that underly various animal behaviors.  The RZ10X allows for easy integration of fiber photometry and optogenetic stimulation with synchronous electrophysiology and operant box behavioral data all within our easy-to-use Synapse platform. You can also add multiple USB cameras for real-time monitoring of subjects and post hoc behavioral event marking.

The experiment of your dreams is just a few clicks away!