TDT’s iPac is a fully integrated behavioral neuroscience system for the 21st century. The system is easy to use and flexible enough for any behavioral paradigm. The iPac runs up to eight animals concurrently with independent behavioral paradigms. For example, control a self-administration task in one chamber and a startle response in another.

Use the system to train animals for fiber photometry, electrophysiology, or for high throughput pharmacological studies.

Intro to iCon and Pynapse: Part 1

Intro to iCon and Pynapse: Part 2 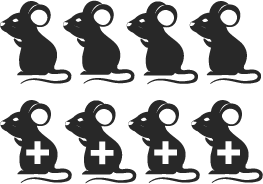 The iPac is engineered for high throughput behavioral neuroscience and pharmacology. Each of the eight “nodes” on the iPac controls one behavioral chamber and runs independent of the other nodes. Stagger experiments or run them all concurrently – with either the same or different behavior paradigms. The TDT software stores all the training sessions for each animal – so you can automatically start where you left off.

Each node directly connects to the TDT iCon for behavioral interfacing. This system is a drop-in replacement for behavior chambers using MedAssociates, Harvard Apparatus, Lafayette or opensource DIY devices.

TDT eliminates many of the problems associated with running multiple behavioral chambers through one computer. These include the necessity to run all chambers at the same time, the inability to run different paradigms on the same system, such as startle and operant condition, and the inherent issues of communication errors and inaccurate time stamps.

The iPac solves these problems by dedicating a mini-computer and a TDT processor (aka a node) to control each behavior chamber. Each node runs independent of the other – this allows you to run multiple animals with different paradigms or at different stages in the training regimen.

Each node on the iPac comes with pre-installed software and a port to directly connect to the iCon for behavioral interfacing. 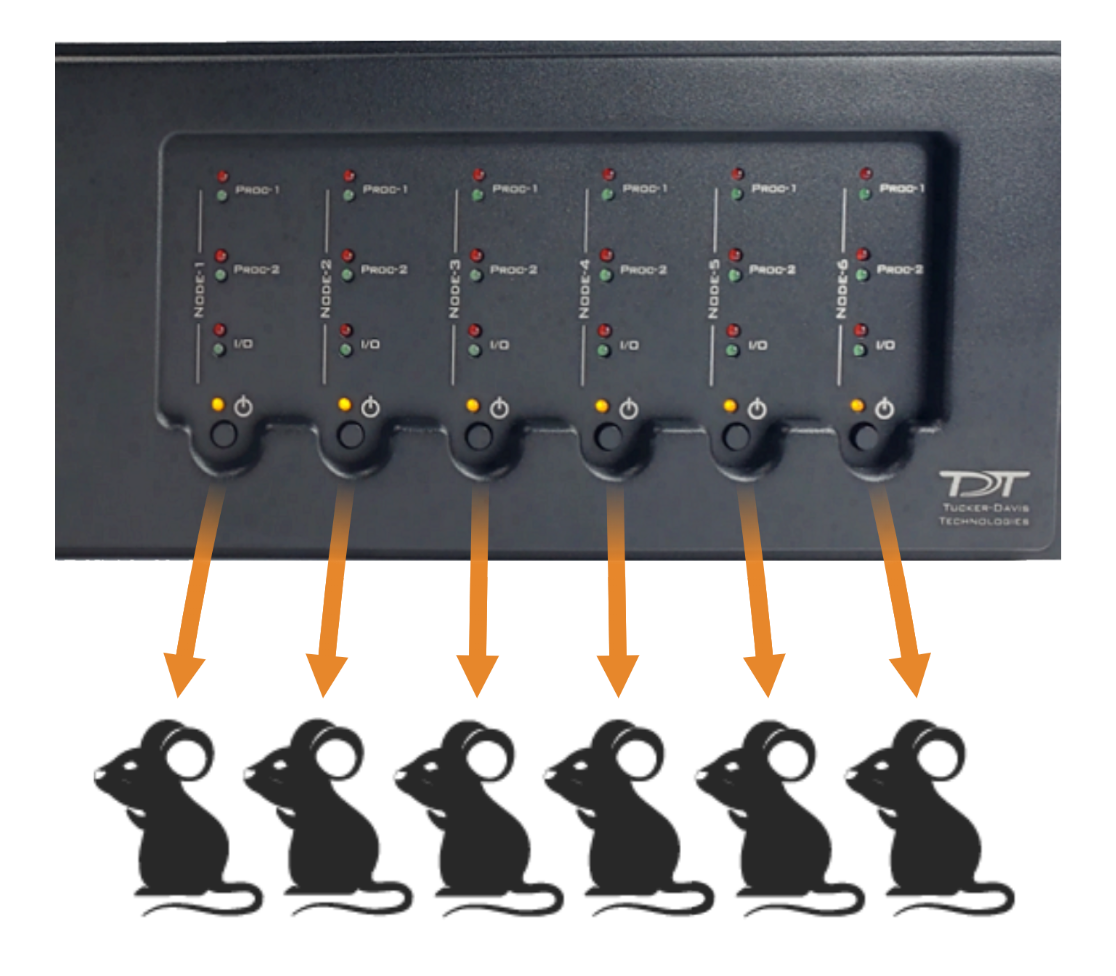 The iCon is TDT’s next generation approach to behavioral neuroscience. The iCon directly interfaces with existing high voltage systems such as Med Associates and Harvard Apparatus. The iCon also has an analog interface for complex stimulus presentation and acquisition for generating sounds and capturing force plate signals.  TDT provides sophisticated control over complex signals for startle response, auditory presentation and behavioral control.

Other iCon modules are available for IR sensors for beam breaks (iR5) and digital logic (iL24). 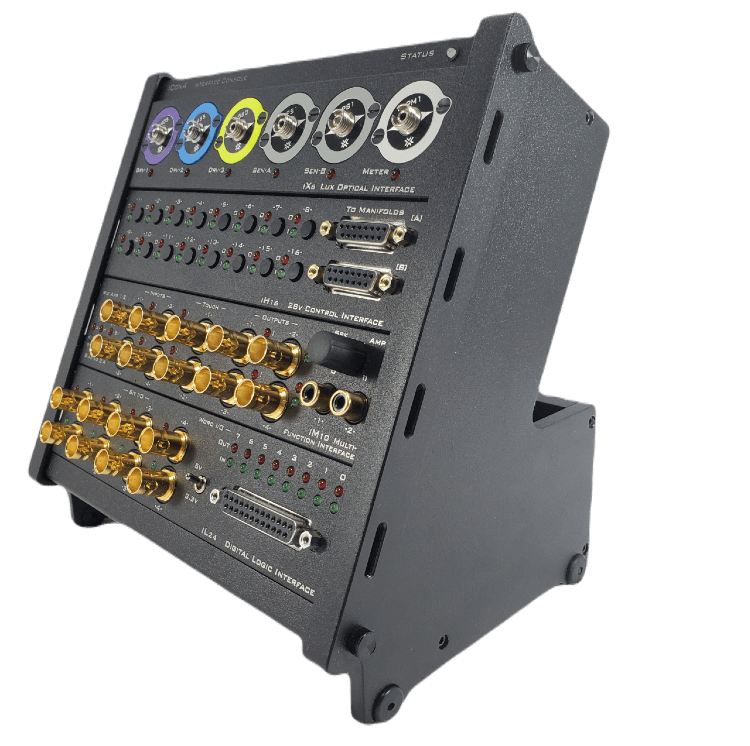 TDT Synapse software and Pynapse Gizmo easily implements your behavioral protocols with the iCon hardware.  The state-based programming environment in Pynapse simplifies designing and building your behavioral paradigm.  The software provides timers and controls for seamlessly moving from one behavioral state to another.  In addition, the system auto identifies and links to all configured iCon modules, and the user interface simplifies the hardware control of the iCon.

When running Pynapse, the software provides real-time metrics of the animal’s behavior for viewing information such as correct and incorrect trials, lever presses and time in arena sections. The end user can use these metrics to shape the next set of trials or behavioral tasks. And all event information is time stamped with millisecond precision. 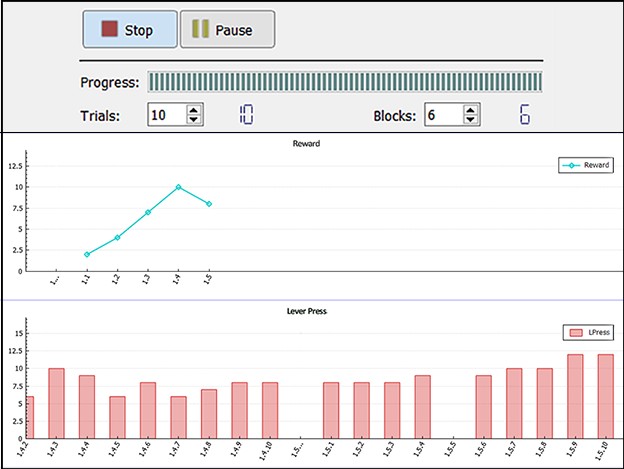