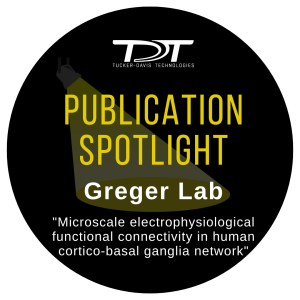 Deep Brain Stimulation (DBS) is a therapeutic tool used to treat motor disabilities in disorders such as Parkinson’s Disease (PD). However, not much is known about the specific mechanism through which DBS alters the electromagnetic field within the cortico-basal ganglia network to improve motor coordination. This paper aims to investigate the electrophysiological relationships in the cortico-basal ganglia circuit during DBS to better understand the functional relationships of the brain regions in a PD model.

Guest et al. found a subset of neurons in the STN that exhibited functional connectivity with the LFPs of the STN, as well as the LFPs in the motor association cortex. This spatial topography exists on a sub-centimeter scale, indicating a high spatial specificity. While some STN neurons exhibited high functional connectivity with the STN LFPs and the cortical LFPs, other neurons from a few hundred microns away showed no functional connectivity. This indicates that within larger anatomical connections of the cortico-basal ganglia network, there are subsets of smaller, micro-scale circuits involving subsets of neurons, rather than a uniform connection of neurons between brain regions. This study also demonstrates the utility of micro-ECoG devices for electrophysiological recordings in research settings. 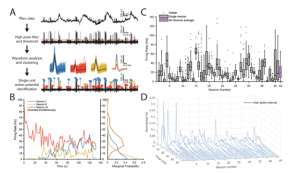 The Greger Lab continues to use in-vivo microelectrode arrays to study neural function and pathology. By comparing action potentials to local field potentials in different cortical regions, the lab has been able to decode certain behaviors – such as spoken words and finger movements – from neural signals that have been recorded on these microelectrode arrays. As evidenced by this recent publication, the lab is currently using this approach to better understand connectivity in the cortico-basal ganglia network in disease models such as Parkinson’s Disease.